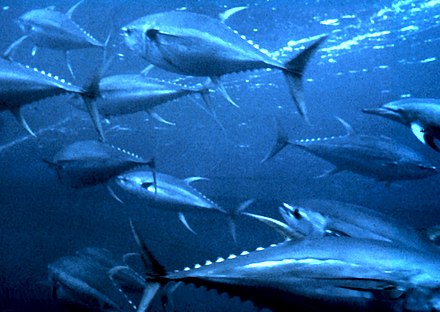 I have been following closely the Trump administration's clear commitment to the Indo-Pacific, especially the Pacific island nations. However, I was surprised when I found a story in The Diplomat by Robert O'Brian, the former Assistant to the President for National Security Affairs, about a cannery in American Samoa. It is as if the recently retired National Security Secretariat Secretary General of Japan, Shigeru Kitamura, is expressing his opinion about the fisheries industry and fishery resources of Yonaguni island. That's how serious the U.S. government is about recognizing the security of the Pacific Ocean, and about economic development and resource management on the islands.

I have been involved in the field in Pacific island countries for more than 30 years, from ICT projects to maritime security projects. The 1990s saw the end of the Cold War, and the U.S. presence in the Pacific ebbing away like a tide. In 2000, not only the United States but the world was insensitive to the rise of China. In 2010, Secretary Clinton went island-hopping with Kurt Campbell on a plan to return to the Asia-Pacific. However, I also remember that Secretary Clinton's initiative went up in smoke. Above all, the people of the Pacific island nations, especially American Samoa and the three Micronesian countries which have signed a free association agreement with the U.S., had high hopes for the first Hawaiian-born President Obama, and were greatly disappointed.

This situation was changed by the Trump administration, specifically the Indo-Pacific Command and the White House security staff led by O'Brian. In the past 30 years, I have not encountered a single U.S. government official who is willing to talk about the vast Pacific oceans and islands, especially the U.S. territories and the Free Associated states. On the contrary, when I half-jokingly asked, "If you are so hesitant to help, why don't you give them back to Japan?" An official from the U.S. embassy in one of the island nations replied, "Actually, our Congressmen seem to want to do that”.

American experts on the region have repeatedly lamented that the U.S. policy toward the Pacific island countries has been so bad that nothing has been done. The only thing worth mentioning, some experts said, was the presence of the Jesuits, arranged 100 years ago by the Japanese naval officer and monk Shinjiro Yamamoto. This was the Micronesian Seminar, founded by Father Francis Hezel, a New Yorker and 60-year resident of Micronesia. He is still active and well.

Therefore, O'Brian's clear and strong views on the Pacific Ocean were a surprise and a pleasant echo. Australia and New Zealand have done well since the U.S. left, but these two countries are not big enough to carry the vast Pacific Ocean on their shoulders. American Samoa and other island nations are not paradises, and without support, they cannot manage or develop their vast EEZs. It is China that has stepped in to assist them while they refuse to play their hand.

Mr. O'Brian's opinion is encouraging, but I saw that he is not an expert on modern Pacific history and maritime issues. Canneries in American Samoa are a major employment industry. However, the reason for the loss of tuna supply is not illegal Chinese operations, but the establishment of huge marine reserves under the Obama administration. Further U.S. marine protection regulations are keeping foreign fishing vessels away from American Samoa. Currently, American Samoa is forced to import tuna at a higher price to maintain its cannery, instead of catching it in the ocean right under its nose.

The first tuna caught in these waters right in front of American Samoa was caught by Japanese fishing boats. To write this article, I looked up a back issue of Pacific Islands Monthly from 1954. The article said "Jap, Jap," which absolutely unpleasant to read, but as I read on, I could not stop to rolling on the floor laughing.

American Samoa invested heavily in a canned tuna factory five years before (1949?), but it never went into operation because of there was no tuna. They paid Australian "experts" a high consulting fee to conduct a research project, but no tuna was caught. The "experts" said that tuna could not be caught unless the boat was over 1,000 kilometers away. However, in 1954, a Japanese fishing boat contracted by a U.S. fisheries company came to American Samoa and caught tons of tuna right in front of their eyes. When U.S. "experts" go to see Japan's “secret technology”, they report nothing special, just a simple longline fishery. The bottom line is that neither the Pacific islanders nor the US and Australian "experts" had any experience or knowledge of pelagic fishing!  Maybe Mr. O'Brian doesn't know that the U.S. drove the Japanese out of the Pacific, but invited them in to help with the island's fishing industry.

There is another story about the biology of tuna that Mr. O'Brian probably doesn't know.  “Tuna are going extinct!”  There are environmentalists who shout.

It is said that a single tuna lays 100 million eggs at a time, 1% of which become adult fish. That's one million fish. It is clear that strengthening the monitoring, as Mr. O'Brian advocates, is more important than mega marine reserves that prohibit fishing.