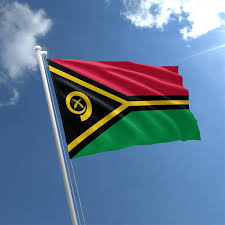 バヌアツは中国がしっかりと狙っており、Vanuatu-China Friendship Association始め多くの友好協会、すなわち統一戦線が存在する。
香港に関連し反対のコメントが出た途端、それを否定するコメントが。米国のような大国ですら中国に丸め込まれるのだ。こんな小さな国は赤子の首をひねるようなものだ。
最初の紙面トップを使ったといい国家安全法を支援する記事は見つからない。2020年7月1日の記事だ。
Response to the letter by Global Citizen
Jul 7, 2020
Dear Editor,
In reply to the letter by Global Citizen (2 July), I have the following queries.
First of all, it should be reiterated that every law in every society is meant to delimit freedom! The crime of Murder means you are not free to kill anyone you like. The crime of Theft means you are not free to take anything you want from others. Regarding the National Security Law literally means national is not free to sell one’s country out, namely Treason.
To sum up the Hong Kong Version of National Security Law, a crime will be committed if one of the four areas of activities is done by any Hong Kong Chinese;
1. Act of secession,
2. Act of Subversive activities against local or central government,
3. Act of Terrorism against local or central government or,
4. Collusion with foreign power to topple local or central government.
If we may dare this Global Citizen to list any one ‘freedom’, just one, which is generously allowed in his/her country.
As a fact, Hong Kong is part of China, it’s entirely China’s internal affairs to establish and execute National Security Law in Hong Kong. A very substantial portion of the population, like us, who are law-abiding and patriotic citizens welcome and support the Law. It will soon bring us a normal and peaceful life back, like before, and even better.
In the past few decades, the Chinese government has proved not only that it can feed 1.4 billion people, but according to the poverty standard established by the World Bank, China has fallen from more than 770 million in the year 1978 to 30 million poverty population in 2017. More importantly, China now has got more than 30 cities that the individual GDP of the city is equivalent to Boston, Sydney, Manchester, etc., without mentioning Shanghai, Beijing and Shenzhen. Tell me, which country in this world has done this like China? The future national power will even surge with the rapid development of technology like 5G. So, I can’t think of any reason not to love and support our country, the leaders and the management system.
As quoting our Minister of Foreign Affairs, Wang Yi, in his recent public speech, “Have you been to China? Have you ever talked to our 14 billion people and understand how their living now?” Before criticizing, I would highly suggest doing some research that based on facts; Be more global-minded as a Global Citizen, not just following those radical media or reporters.
We always welcome constructive comments but not malicious statements.
Best Regards,
Concerned China, Hong Kong Citizen.

Response to the letter by Global Citizen | Letters To Editor | dailypost.vu

Re: Comment and reply to full page advertisement sponsored by Vanuatu – China Friendship Association
Jul 2, 2020
Dear Editor,
I would like to comment and reply to the full page advertisement (Daily Post 1st July) sponsored by Vanuatu – China Friendship Association (VCFA) regarding the new national security law imposed on the people of Hong Kong.
With respect, the National People’s Congress of China’s decision to implement ‘enforcement mechanisms’ to safeguard national security against protestors in Hong Kong begs the question as to why people were protesting in the first place.
Could it be that 23 years after the handover under the One Country, Two Systems policy, in which China promised that Hong Kong’s capitalist system and way of life would remain unchanged for 50 years, the citizens of Hong Kong are not happy that the National People’s Congress has changed their mind and wants complete control now.
Could it be that the citizens of Hong Kong who have been born and raised with democratic freedom to associate freely and protest peacefully don’t actually like being beaten by the police of a communist state.
The police brutality inflicted on peaceful protesters that followed the March 2019 failed introduction of an extradition bill that would allow Beijing to summon alleged criminals to the mainland were globally condemned, as was the proposed bill.
China’s push to reclaim Hong Kong for itself some 27 years before the One Country, Two Systems policy is due to end will unfortunately promote protest and conflict.
To my many Chinese friends I would like to point out that a deal is a deal.
If China wants to break the deal then live with the consequences.
A full page advertisement stating that the VCFA ”pray and hope the world will come back to the normal order” seems hollow when the normal order is being disrupted by China.
I am glad that associations such as VCFA exist.
I am sure that their community and charity work is well received and welcomed by the people of Vanuatu but I have to ask the question, is the VCFA a charitable community organisation or one established to spread propaganda? You can be both, it’s your democratic right – at least here in Vanuatu.
Unfortunately, no longer in Hong Kong.
Global Citizen