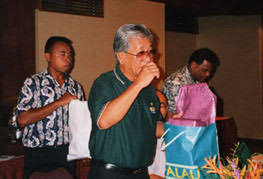 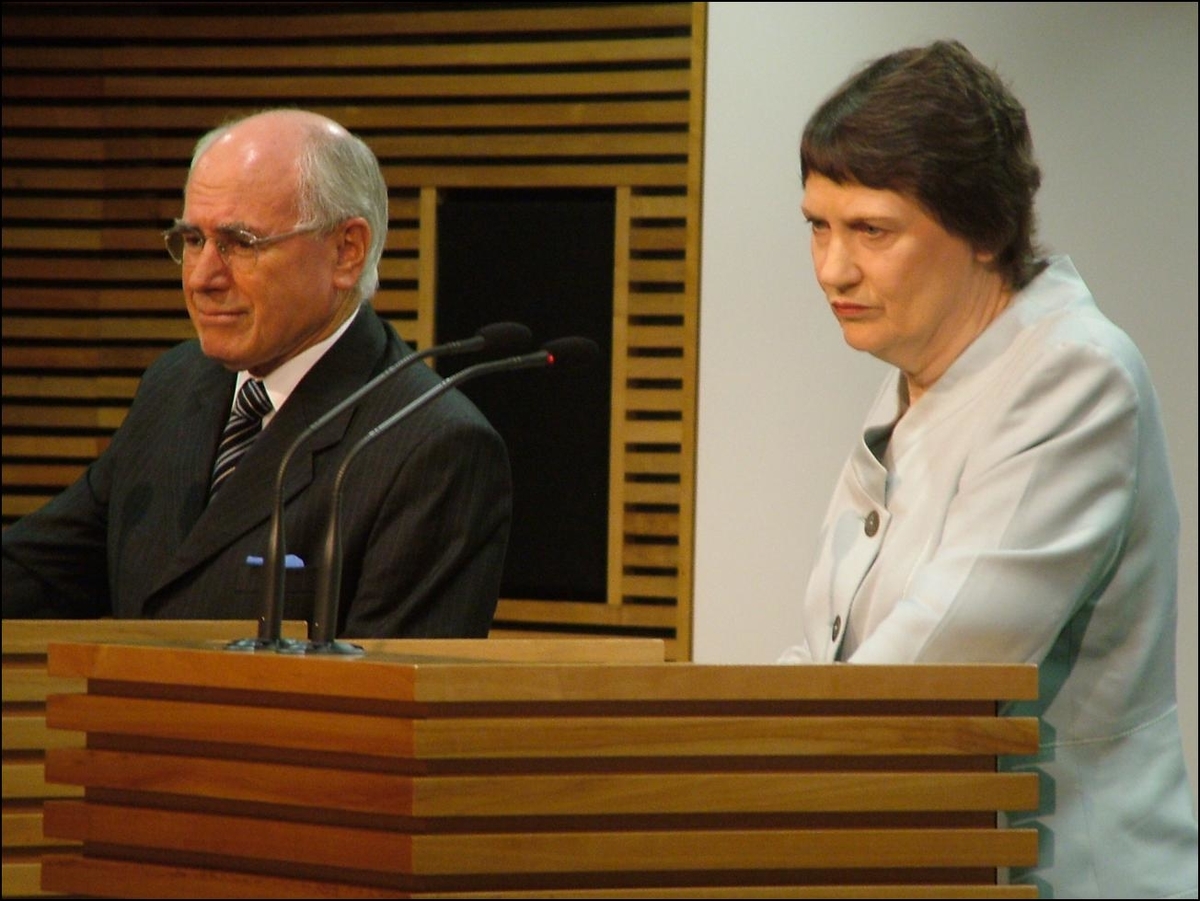 President Nakamura of Palau toasts with Japanese guests including me.1999, Palau,  PIF General Assembly.
" It was hard to get the 'South' out of the South Pacific Forum...those woman and man are really stubborn."
I could not understand what he meant -  he continued to tell me:
"It's Helen and John."
Helen Clark, the Prime Minister of New Zealand, and John Howard, the Prime Minister of Australia, were supposed to have attended the 30th General Assembly of PIF, which President Nakamura had renamed from the "South Pacific Forum" to the "Pacific Islands Forum". I tried to check the records, but could not find them. However, there is a record of the organization's name change in the minutes of PIF.
New Name 5.
The Forum is to be called "Pacific Islands Forum" following a one year transition period to allow time for the necessary administrative changes associated with the change.
THIRTIETH SOUTH PACIFIC FORUM Koror, Republic of Palau 3 - 5 October 1999  FORUM COMMUNIQUÉ
http://www.forumsec.org/wp-content/uploads/2017/11/1999-Communiqué-Koror-3-5-Oct.pdf
The background to the establishment of the Pacific Islands Forum has been recited by many, but is scarce in Japanese, so I will write it here.
In 1947, the postwar Allies established the South Pacific Commission to administer the islands of the Pacific. The South Pacific Commission's office was located in Noumea, New Caledonia, in a building that had served as a logistical support base for U.S. troops intercepting Japanese troops and was known as the Pentagon of the South Pacific. The founding members were the United States, France, the Netherlands, the United Kingdom, Australia, and New Zealand.
The voices of the island nations that gained independence in the 1960s, starting with Samoa, were not heard by this group of former allies and suzerain countries. The South Pacific Forum was established in 1971 under the leadership of Ratu Kamisese Mara, the first Prime Minister of Fiji, to address this problem. Ratu Mara had a hard time deciding whether to include Australia and New Zealand, the former suzerain states, as members of the Forum.
The South Pacific Commission also changed its name, 17 years after the PIF, taking the "South" out of the name, and in 2016 it became the Pacific Community, but the abbreviation SPC remained the same even though the name was changed to the Secretariat.
The end of the Cold War was one of the reasons why "South" was removed from the regional organization of Pacific island countries. Micronesia, which had been under U.S. trusteeship since the end of World War II, gained independence late. Palau became independent in 1994. The Marshall Islands and the Federated States of Micronesia became independent in 1986. The Marianas and Guam, two other U.S. territories in the North Pacific that are not members of the PIF, have also become official members of SPC. 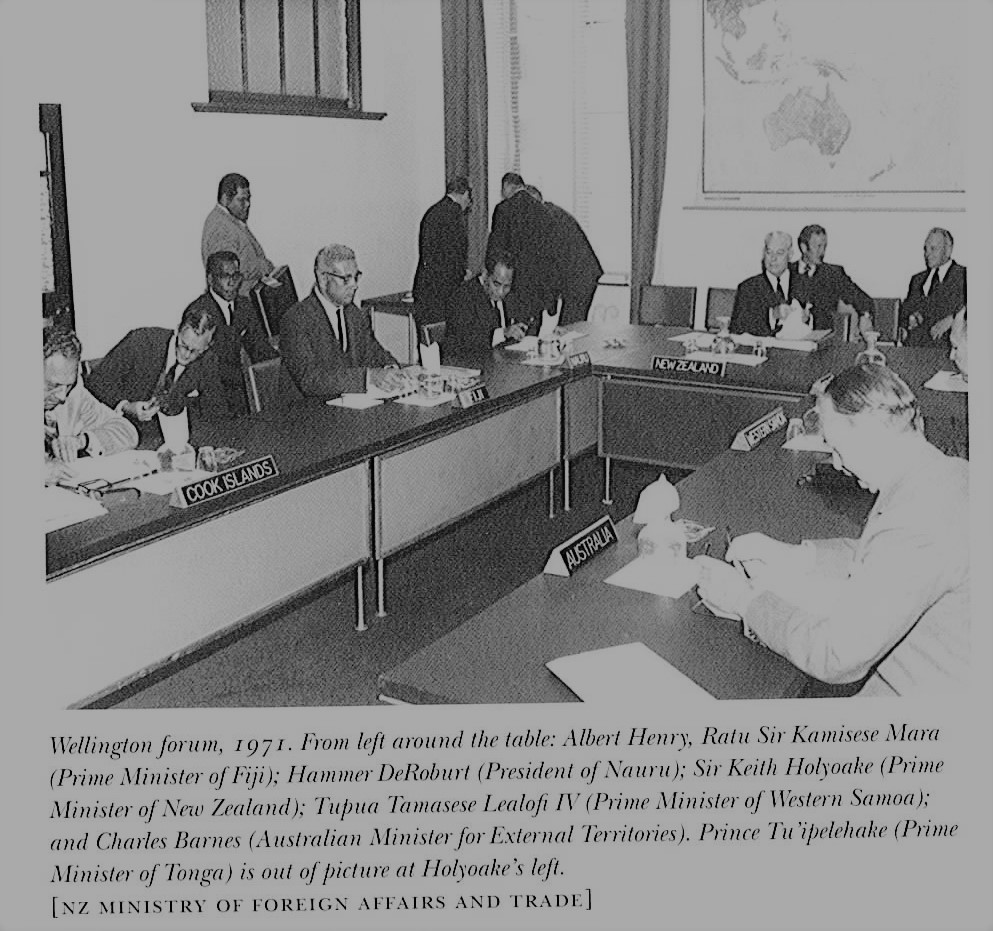 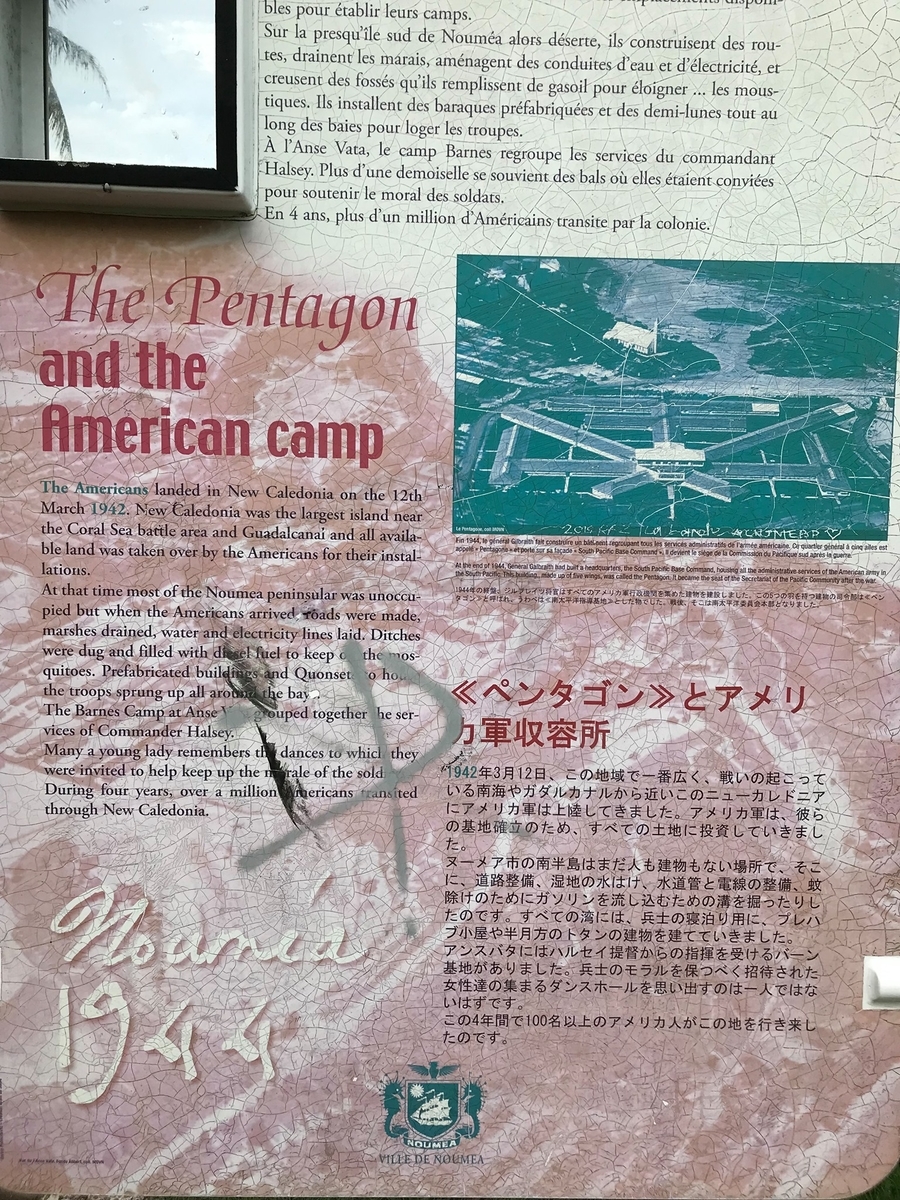 The Pentagon in the Noumea, New Caledonia. It becmae SPC, and now Hilton Hotel.