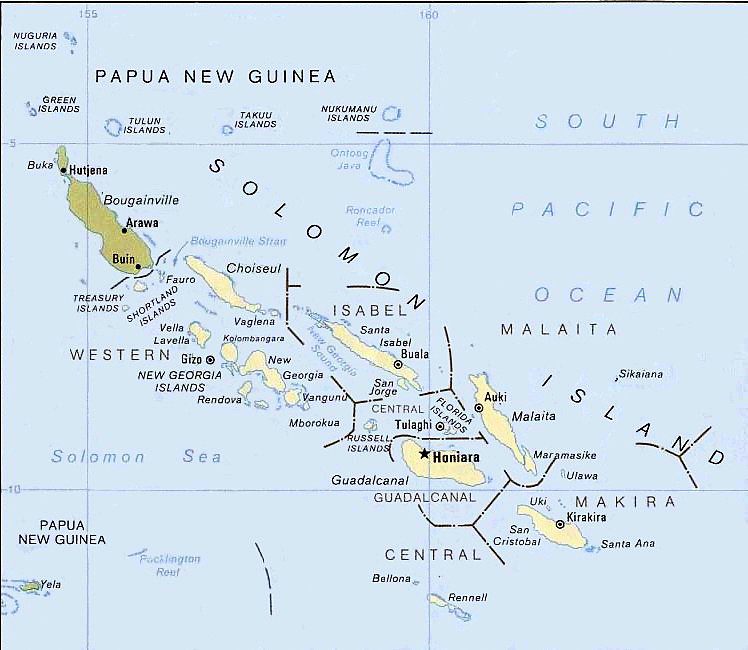 Exactly two years ago in September 2019 the Solomon Islands changed its long-standing diplomatic relationship with Taiwan to China. It was sudden news and, above all, a surprise to the United States, which had scheduled a meeting with PM Sogavare and Vice President Pence at the UN General Assembly. This meeting had been cancelled. Following the Solomon Islands, Kiribati also changed its diplomatic relations to China, bringing the number of Pacific island countries supporting Taiwan from six to four.
In a recent interview with President Whipps of Palau, it was revealed that Chinese diplomats had persuaded him that the Sky is the limit, and that China had promised all kinds of support. The Australian media has also exposed stories of MPs in the Solomon Islands and Kiribati receiving tens of millions of yen in bribes in return for support for China.
However, the US has a clear Indo-Pacific strategy under the Trump administration, with Matt Pottinger of the National Security Council visiting the Solomon Islands in March 2019. While I thought that thoughtful diplomatic measures were being taken, I was also suspicious of the sudden move by the Solomon Islands government. It takes even the best US bureaucrat several years to understand the complex culture and history of a Pacific island nation. The islanders need help, but they are sensitive to the supercilious attitude of outsiders.
I happened to come across a transcript of a lecture by Shigeru Toyama, the Ambassador to the Solomon Islands, which proved my suspicions. The theme of his lecture was "The Establishment of Diplomatic Relations between Solomon Islands and China". He cited the arrogant attitude of the United States as the second reason why Solomon Islands changed its diplomatic relations to China. It is a long story but I would like to quote it.
The second reason is that the US may have put more pressure on the Solomon Islands to maintain relations with Taiwan than necessary. As is well known, in the Second World War, the Solomons fought alongside the US military against Japan, but after the war, the US presence in the Solomons was very limited. In the last few years, however, the United States has made a rapid approach to the Solomon Islands in order to check China's expansion into the Pacific. Solomon is a weak, least developed country, but it has a strong sense of national pride. When the U.S., with whom it had a tenuous relationship, suddenly pressed for the maintenance of relations with Taiwan with the promise of large-scale aid, the Solomons felt that this was essentially a strategic move on the part of the U.S., and that they were being treated as if they were a slave. In fact, not a few politicians expressed such opposition.

There was a backlash against the US in the Solomon Islands, just as I had imagined. It is true that the Micronesian region, to which the United States should be committed, has had a tenuous presence since the end of the Cold War. The relationship with the Solomons is probably even more tenuous. I remember the new prime minister of Samoa saying that the US treats the islands "like a pawn in a game".
By the way, the Ambassador, Shigeru Toyama, who is probably in the China School of the Ministry of Foreign Affairs, has not communicated this domestic opposition in the Solomon Islands to the US our ally, and there is no suggestion of US-Japan cooperation to help the Solomon Islands in his lecture.

Australia's and New Zealand's national powers are not sufficient to support these vast Pacific islands. The Malaita Province, which has the largest population in the Solomons (about 25%, or 160,000 people), claims to support Taiwan.
A Japan-US strategic dialogue is needed. Monitoring illegal fishing operations in relation to fisheries support, which Ambassador Shigeru Toyama has listed as a priority area of assistance, should be one of them.
« パラオに押し付けられた船ーケダム ソロモン諸島台湾断交とアメリカ外交 »
プロフィール